You may well have seen several of our special effects balloons, inflatable props, blimps or other aircraft in recent movies, TV shows or commercials!

We perform regularly in the film industry; designing, constructing and operating special effects and aircraft. We have performed in over 180 tv shows, movies, and music videos including a 2011 Chevy Superbowl commercial. Other examples are; “Coach”, “Oprah”, “MTV”, “Senseless Acts of Video”, “Dismissed”, “Road Rules”, “Mythbusters”, “Monster Garage”, “Drive Shaft”, “Americas Funniest Home Videos”, tv commercials for Ford, Chevy, Toyota, Hyundai, Honda, Citibank, Little Debbie, Taco Bell, Glad Bag, movies including, “Mannequin on the Move”, “James Bond”, “Terminator” and a host of other major motion pictures and tv shows. If required by production, a few of our pilots are current members of the Screen Actors Guild (SAG).

We have our own film prop house for any balloon related props constructed from 1960 to the present date. Some of the props include: hot air balloon baskets, gas balloon (helium) baskets, airship (blimp) gondolas, blimp envelopes, a manned pedal blimp gondola (was built for comedian Gallagher), hot air balloon burners, sand bags, balloon rigging, and aeronautic instruments of all kinds.

Mannequin on the Move Movie

We are the only balloon company in the world that has designed, constructed and operates Special Effects hot air balloons called Superpressure hot air balloons. A Superpressure hot air balloon is a balloon that has been specially modified to tether in winds that would be much too strong for traditional hot air balloons. The balloon has been modified with added vertical and horizontal load tapes (webbing) for added strength. In place of the normal balloon burner, we use a custom designed fan/burner combination. There is a cone shaped skirt that extends from the mouth of the balloon to the round fan housing. All openings in the balloon are sealed. The fan runs continuously to maintain internal pressure in the balloon while the burner, which rests on top of the fan assembly, heats the air inside the balloon. This “pressurized” balloon system can operate while tethered in winds of up to about 16-mph instead of the 5-mph maximum wind speed for traditional balloons. 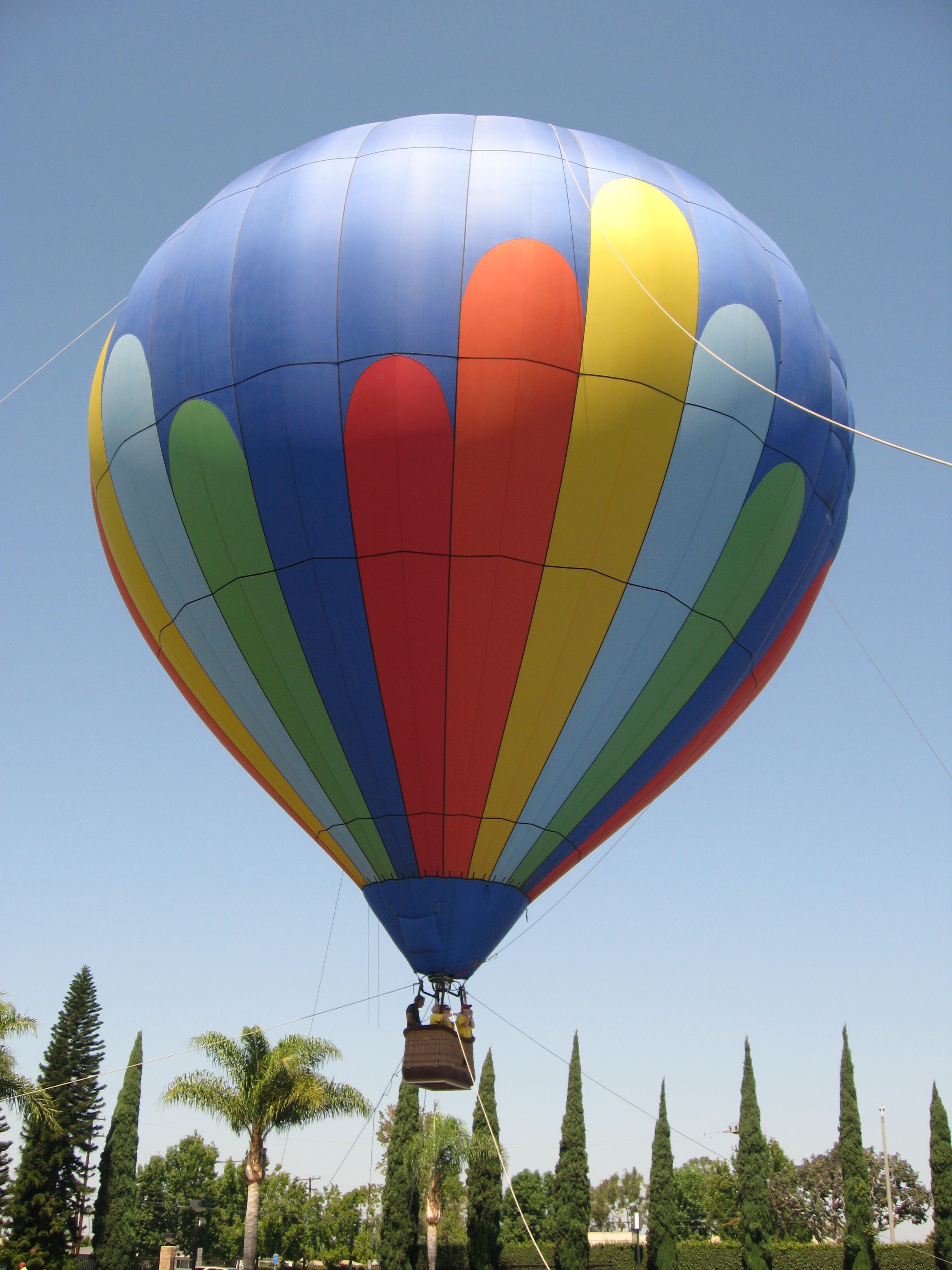 In addition to the Superpressure balloon system, we have identical balloon “mockup” systems that consist of the lower 25’ of a hot air balloon system which includes the lower portion of the envelope, cables, skirt, basket uprights, and full basket. This system is lightweight and is designed to hang from a boom lift or small crane. It was designed for closeup shots when the entire balloon was not required to be in frame. Typically, to film an entire sequence of a hot air balloon in flight, we would first use a traditional free flight balloon system to film wide shots. Then we would use the Superpressure balloon system to film low altitude or ground shots. Finally, we would use the Mockup balloon system to film closeup shots of the basket and lower 25’ of the balloon. As this system hangs from a boom lift or small crane, it can operate in strong winds of up to about 30-mph. To view the Superpressure hot air balloon system in operation, see the Chevy Truck Super Bowl tv commercial on our site. All three systems: free flight balloon, superpressure balloon, and mockup system, were used in making this commercial. Please contact us for more information regarding balloon props and special effects balloon equipment.

We’d be love to be part of it! Get in touch with our staff today and we’ll schedule a call to discuss your next film or commercial project.